Last month, when teaching a Metathesis post I previously wrote about being a Catholic scholar, I felt like a bit of a fraud. My intention in using this post was to give my students a look at my research on a rare book they had examined for class. However, when one of my students immediately remarked that the book smelled “you know, like when you’re at Easter Mass, and the priest is using incense”, my response was one of disconnect, rather than recognition. Between submitting my syllabus for approval in April and teaching the content in September, I had misplaced my faith somewhere.

Somewhere, I say, but I know exactly where I misplaced it. I left it in the run-down Amtrak station in Schenectady, New York: a tiny room with a manual train schedule, a contaminated drinking fountain, and an air freshener that whined every quarter hour. I know I left it there because I spent my layover from Syracuse to Montréal in an airport-style seat bank, squished between my piles of luggage, reading Kaya Oakes’s The Nones Are Alright. 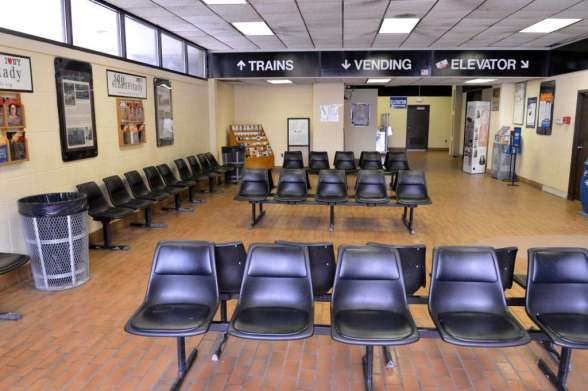 My unglamorous road from Damascus

Oakes, a freelance writer and lecturer at the University of California, Berkeley, who will be giving the annual Borgognoni lecture on Monday, compiled this collection of first-hand narratives to represent the faith processes of those who belong to (as the subtitle describes) “A New Generation of Believers, Seekers, and Those in Between.” The book finds its premise in the 2012 Pew report on American religion, which identified that over a third of Americans have no religious affiliation. Some are “nones” — spiritual but not religious, they might be seeking a religion where they feel at home, or they might not. Some are “dones” — spiritually burned by their previous religious affiliation, they seek no association with formal religion. Some have never had religious affiliation; some had it, but found themselves unable to believe anymore. Whatever their motivations, a large population of Americans do not identify with religion as an institution, or as we previously knew it.

An updated version of the Pew Research Center’s findings from 2014.

With her book, Oakes looks beyond the numbers of the report to compile and showcase the stories of these “nones.” The pages are populated by lifelong nonbelievers, sudden converts to atheism, and exploratory practitioners of multiple faiths, as well as exiled divorcees, gay ex-Jesuits, and women scalded by institutional sexism. But as I sat in the chilly station, one story about a Jewish seminarian-turned-Jewish atheist almost seemed to be talking about me. This man had built his life and his career around institutional Judaism. But although he was able to negotiate a personal agreement whereby he would teach nontraditional classes in Hebrew school and observe Jewish holidays, after reflection, he discovered that he could not bring himself to worship a being in whose existence he could no longer believe.

Although I started my degree as a (technically) non-practicing Catholic and described myself to colleagues as more intellectually than spiritually interested in Catholicism, within a year I was fully embedded in my research on Early Modern Catholicism, both academically and personally. I felt like I’d finally embraced — with a few provisos and quid pro quos — the faith I’d grown up in for my own. I was a Catholic scholar writing about Catholicism with aspirations of tenure at a hippie Catholic college. Sometimes it all seemed a little excessive; the other Catholic scholars I interacted with (who weren’t Jesuits) led much more diverse lives. But I had a brand, a kind of a fandom, and the symmetry made so much sense.

Yet here I was, beneath the dingy fluorescent lights of the train station, where the phrase “agnostic Catholic” struck me with such a resonance that I felt as if the text had directly addressed me. I’d never been able to completely buy into large chunks of the catechism. In the meanwhile, I practiced. The rites and rituals, but also the leadership positions and committee work — I practiced and participated in these because they seemed meaningful, because I could, and because I should. I’d always just assumed, or hoped, that someday, someone would explain it all to me in a way that I could believe in. I realized now that I’d confused faith with trust: and the more I distrusted the systems of oppression embedded in the Church (or that the Church was in bed with), the less I could truly believe that it all was true. I didn’t know what I believed anymore. And so I found myself in a little city, in a tiny Amtrak station, in a kind of long-distance communion with these “nones” — these people with whom I’d sympathized, but never empathized with before – now, my new fellow travelers.

I say I’ve misplaced my faith, because I wonder if it’s still around here somewhere. Like the Winnie-the-Pooh headband I’d misplaced as a child, that I had known must have been in my childhood bedroom somewhere, and which I’m still half-convinced is in one of the boxes my family never unpacked after our big move nineteen years ago. Maybe someday I’ll find that headband; maybe one day I’ll stop feeling like an imposter when I go to mass, or write for religious magazines.

Let me know if you see my faith in the lost-and-found.

Schenectady tore down its Amtrak station a few weeks after I passed through. An artist’s rendering of the future new station depicted an elegant, white, modern building, ostensibly with computerized schedules and clean drinking water. Maybe I’ll find my faith still there when I next pass through. Maybe I’ll be a believer again. Or maybe I won’t: maybe I’ll always be a seeker. Or, maybe, I’ll be somewhere in between.

Kaya Oakes will be leading a discussion for graduate students about her work on Monday, October 9, 10:30 AM – 12:30 PM in Hall of Languages 504, Syracuse University. RSVP to Ashley O’Mara (amomara@syr.edu) for readings.