On my last day at the Early Modern Theatre and Conversion symposium — blissfully unaware that nazis were meeting just down the Washington Mall — I spent part of my lunch break with the Folger’s rare books and manuscript collections. I didn’t have long to submit my request the afternoon before, so I did a quick catalogue search and picked documents almost at random authored by the Surrey Commission Concerning Jesuits, Seminaries, and Recusants, an organization I knew nothing about but whose name held promising keywords. Not until I sat down in the Paster Reading Room and pulled the manuscripts from their grey envelopes did I realize the history I was holding in my hands. These sixteenth-century documents contained lists of indicted recusants, sent to local and national English authorities for the purpose of tracking and condemning religious and political treason.

As the threat of “Muslim registries” continues to linger after American lawmakers announced their support for such a tracking database, a number of writers have traced the connection of this desire for legalized discrimination/preemptive criminalization to other moments in recent history: the Bush administration’s NSEERS program, the Japanese internment, and the Holocaust. Each of these campaigns relied heavily on information processing, especially the collection of personal data which the state then weaponized against a domestic population. Modern computerized data processing certainly facilitated repression in these cases, and still promise to in the case of “Muslim registries,” but the roots of counting and criminalizing a whole class of people stretch much further back in history.

The Post-Reformation English state expended a great deal of resources on identifying, harassing, and condemning those who had failed to convert to, or had converted from, the state religion — the Church of England. Attendance at Church of England services was mandatory, and tracking attendance was one of the chief means of tracking non-conformists, including Anabaptists, Arminianists, Familists, but chiefly Catholics. Failure to attend resulted in fines, and also raised suspicions (as did too-frequent refusal of communion). Other religious transgressions were considered high treason: harboring a priest, facilitating the celebration of mass, or simply being a priest within England’s borders. High treason carried the death penalty and the forfeiture of property which would have benefitted one’s living descendants. Authorities could conduct raids on a household at any time in search of priests, vestments, and nonconformist texts and paraphernalia; the household would have to pay the authorities for the cost of the search.

Welshman who claimed he was Christ, tho.

The documents I looked at in the Folger’s collection show how the English state orchestrated the tracking and regulation of religious nonconformity at every level. In Surrey, the Commission Concerning Jesuits, Seminaries, and Recusants recorded the indictments of local residents who failed to appear in church. One severely damaged handwritten document from 1572 describes the early days of the Commission, when it was formed at the express order of the Privy Council (Elizabeth’s inner circle, a kind of cabinet), and the bureaucratic tracking measures put in place in order to regulate and eliminate their impact on the security of the Protestant English state.

Another handwritten document (L.b. 241), on a sheet of parchment folded into its own envelope, was a 1581 arrest warrant for Jane Honyall, who had been a recusant for four years and was a suspected Catholic. This was one of a series of three documents pertaining to Hornyall; the other two (L.b. 199 and L.b. 208, respectively) concern the vicar and churchwardens of Egham, who were compelled to be witnesses to her years-long absence and also confirm that there were “no other recusants, massing priests or Jesuits in the parish” — lest the queen’s authorities suspect a cell of rebel Catholics was growing under the churchmen’s noses. Hornyall’s warrant includes three signed seals, quite literally officially sealing her fate.

Later, in a 1582 document (L.b. 219), the fully-fledged Commission listed in handwritten columns of indictments who had been convicted or released through the intercession of the Privy Council, and who had been imprisoned or “conformed” (officially repented and returned to church).

Other documents in the More Family of Losely Park, Surrey, collection — from which the above documents come — include official descriptions of the finances of different recusants and their ability to pay the fines levied against them.

That’s because this kind of tracking and regulating of minorities is never really about “domestic security” — hardly so. “Domestic security” uses an imaginary threat of foreign (or foreignized) “others” to mask policies that socially and financially benefit an elite few — usually, the financially and ethnically elite, although in England’s case religion came to operate as a kind of ethnic identity which conversion never truly erased. By inventing an overwhelmingly generalized set of policies, the elite secure the participation of the majority of the population in executing and sustaining those policies, even if only the elite continue to benefit from them. Before Nazi Germany legislatively stole property from Jews, the US from the First Nations and Japanese-Americans, and Israel from Palestinians, Elizabethan England systematically deprived English Catholics of their stake in England. Serial fines could slowly drain Catholic families of their financial resources, and a family member convicted of treason could deplete a family of everything all at once. John Gerard, an English Jesuit who survived to write about his mission work in England, described how many poor Catholics were dependent on the charity of the remaining property-owning Catholics who had so far escaped retribution. The property of persecuted Catholics of course would have gone back to the use of the Crown, not the people.

US Muslim-tracking policies — whether their targets are new immigrants who have to periodically check in with federal authorities or lifetime citizens covertly observed at their local university or place of worship — troublingly echo the technological and ideological systems of repression that supported the imprisonment, impoverishment, and death of minorities in our national and global history. Though the medium may have been different — handwriting instead of digital text, personal witness rather than metadata tracking — the method is nothing new.

Photos of manuscripts appear courtesy of the Folger Shakespeare Library.

“No Person except a natural born Citizen, or a Citizen of the United States, at the time of the Adoption of this Constitution, shall be eligible to the Office of President …” (US Constitution)

“Naturalization is the process by which U.S. citizenship is granted to a foreign citizen or national after he or she fulfills the requirements established by Congress” (USCIS)

November 2016. In the week after the election, when white supremacists were convening in Washington, DC, a group of scholars gathered on the other side of Washington at the Folger Shakespeare Library, where we discussed the politics of conversion in Early Modern theatre. Throughout the symposium, a collaboration with McGill’s Early Modern Conversions project, the past pressed heavily on the current political situation in America — 425 years later and an ocean away. This month, I will share some of the more powerful moments that resonated with me, in the city where laws and policies that will impact our future will be made.

But first, a detour. Like most Americans, my family comes from immigrants: some from seventeenth-century England, some from twentieth-century Lebanon, and everywhere in between. In one post-election conversation, a relative who recently earned their US citizenship expressed dismay that they could run for a senatorial office but could never become president. As we all know from the “birther” controversy, the US Constitution declares that only a “natural born citizen” can serve as president. Constitutional scholars and courts repeatedly interpret that phrase as referring to only a person granted so-called “birthright citizenship” — generally, someone born in the US or to an American parent.

In theory, for the Founding Fathers, that provision would have prevented England from planting a foreign-born US citizen who would get elected President and reunite America with England against the will of the American people … 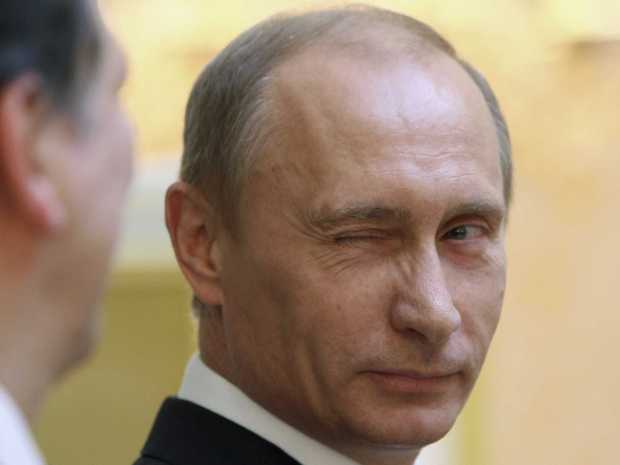 But who needs a foreign-born naturalized citizen to sabotage a nation, right?

… However, this constitutional clause continues to make so-called “naturalized citizens” in effect second-class citizens by mere accident of their birth. Though these former foreign nationals are given all the ordinary rights and privileges of “natural-born” citizens, the extraordinary eligibility for presidency remains exclusive to those with “birthright citizenship.” There remains an assumed latent threat inherent in the foreign location of their birth.

This conversation reminded me of the research on English Jewish converts to Christianity presented by Steven Mullaney (University of Michigan) at the Folger. From the eleventh into the eighteenth century, the Domus Conversorum (“House of Converts”) in London housed and boarded Jews who converted to Christianity and found themselves displaced from their former communities. With financial support from the state, converts lived together in pseudo-monastic community. Though they took no vows, they remained apart from the rest of the world — among neither their Jewish nor their born-Christian brethren. They existed in an in-between state in an in-between space. 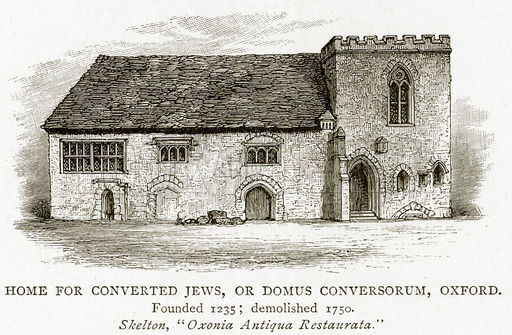 “Home for converted Jews, or Domus Conversorum, Oxford” from J.R. Green’s A Short History of the English People (Macmillan, 1892).

Like the conversos of Inquisition-era Spain, Jewish converts in Early Modern England were treated as inherently suspicious, their fidelity always under question. Even though they had embraced what the English political system deemed to be the only true faith, in so doing they walked away from their heritage and family, which could be read as an essential act of betrayal. Anyone that could play the turncoat once was presumed to be inclined to do it again. One never fully shook their former identity. Thus, residents at the Domus Conversaron remained sequestered where they never got the opportunity to fully integrate into the English Christian community. In the wider English cultural imagination, there was always a threat that the converted Jew would revert to their former way of being.

The same applies to many naturalized American citizens, especially those whose otherness is visible or audible in their body. Though the constitutional ban on achieving the presidency might be the only explicit demarcation of naturalized citizens’ second-class citizenship, that contingency extends into the day-to-day operations of American political culture. Any naturalized citizen who has been asked where they’re “really” from has experienced the contingency of their status as an American, as if the Americanness they chose to adopt were somehow less real, less essential than the nationality they were born into.

Much of the xenophobic rhetoric lobbed around during and since the 2016 election, calling for Latinx-Americans to “go back where they came from” and for Muslim-Americans to seek out the terrorists in their communities, marks the limits of citizenship even for natural-born citizens whose allegiances are expected to be somewhere outside the invisible borders of America. Their American roots are anticipated to be shallower than those of white Christian Americans, more readily excavated or corrupted. Like the residents of the Domus Conversaron, their doubted loyalty to the nation alienates them from American political systems and their perpetual alienation prevents them from ever fulfilling white America’s artificial criteria for full Americanness. They remain in-between.